How Ukrainian IT Specialists Are Redefining Home Security 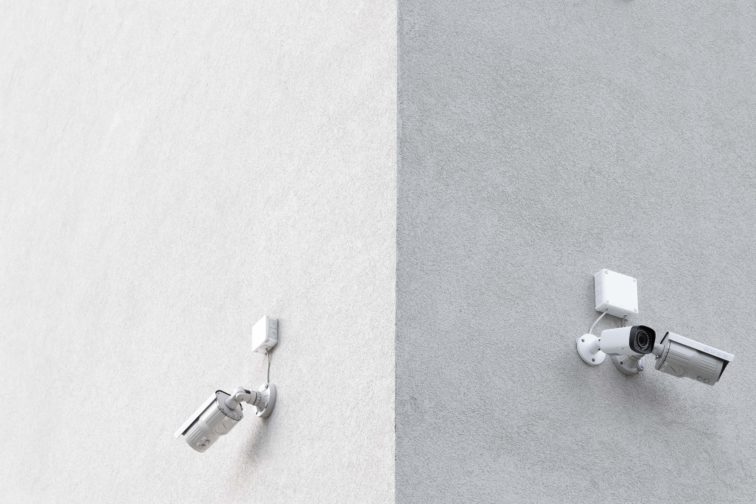 A smart home is good, but a secure smart home is better. As smart home technologies are getting more and more popular and the internet of things is no longer a bizarre expression used only by specialists and geeks, we are now at the point where our home security needs to catch up with those technologies and for that to become a standard rather than a fancy. In this article we are going to break down two prominent cases of top-notch home security systems designed and perfected in Ukraine.

Let us begin with Ajax Systems, a Ukrainian company that was established in 2011. The home security market at that time was pretty outdated and stale: people were actively using smartphones, but the ‘smartest’ things they could use them for were yet to come. The products available even from the top companies were all so similar to each other both on the inside and on the outside that the only thing that mattered to the customers was, probably, the price. At the very beginning of their existence Ajax were a purely local business simply providing cheaper, but high quality alternatives to the domestic market. But the company strived for international expansion and for that they needed something groundbreaking, a completely new product that would be able to compete with its foreign counterparts. They took it seriously, working both on the hardware and the software, and by the years 2015-2016 an absolutely new, fresh line of products was introduced, and it was a success.

Learn more about the way Ukrainian tech companies work with a view from the inside: Business Culture In Ukraine

Now Ajax Systems is known as an innovative, rapid-growing company with its products being sold in over 70 countries all over the world and about 100,000 premises from homes to industrial facilities protected by their cutting-edge technology. The company has also been acknowledged by international security award shows and exhibitions, such as IFSEC’s Security & Fire Excellence Awards, Securika, Intersec and Expoprotection Awards, making it the most awarded wireless security system in Europe.

So, what are those highly praised products and what do they do? There is a variety of detectors: fire, flood, motion, door opening and glass break. Then you have, of course, sirens and remote controls, and all those are connected to the Hub, which is, so to say, the brain of the system. All the devices together form a network. The data communicated between them is encrypted and the radio channel connecting all the elements of this network is protected from jamming, so the moment the signal is broken the alarm goes off. The motion detectors are also ‘pet-immune’: they ignore cats and dogs with weight up to 20 kg and height up to 50 cm. Likewise, the system will not pay any attention to thunderstorms. Managing the whole thing is extremely easy: all you need is a smartphone or a laptop with internet access to install the app – nothing much to explain here.

Now, how does all that change our daily life? Well, first of all, you can stop worrying about somebody breaking into your home or literally any sort of domestic accidents like flooded floors: wherever you are, you can always check the status of things on the app and, if something does happen, you will immediately receive a notification. You can also stream video from surveillance cameras directly onto your smartphone or laptop. Finally, the most important thing that actually defines Ajax as a professional home security company is that it works with central monitoring stations worldwide. So, in case an alarm at your place goes off, security professionals will arrive within minutes to eliminate the danger. You can choose a company in your area and send a request directly from the app. Then you can be calm leaving your home even for a long time, say, a vacation.

As already mentioned above, Ajax security systems are sold in over 70 countries worldwide and is quite popular in Europe, but for some reason they did not grace the US with their presence. Turns out, Ajax have deliberately decided to leave out the States – they were totally fine without that extra hassle of venturing into the already oversaturated market. And their 350-400% annual growth confirms that.

But is Ukraine-made technology able to compete among those populating the ‘IT Mecca’? Well, the answer to that is very much positive, as the Americans are actually after Ukrainian specialists and the headhunting fever in the region is nothing but growing. The biggest evidence of that is the number of R&D’s which is steadily increasing year by year. Take, for example, NetCracker, Aricent, Oracle, Astound Commerce, Magento, Grammarly, TemplateMonster, to name just a few.

Don’t worry, we are not getting distracted from the topic in some self-glorifying moment (albeit that is not completely impossible). In fact, we are moving on to the second half of this article, which will complete the illustration of our country’s technological potential. That did not sound self-glorifying in the slightest, no.

It just so happens that one of the top smart home security companies, consistently named so by various American tech media outlets, established its R&D exactly in Kyiv – the heart of Ukraine. We are talking about Ring Ukraine – the R&D center of the Amazon-owned company Ring.

It all started in 2012 in South California, when the Ring’s founder Jamie Siminoff came up with the idea of a ‘reinvented’ doorbell with internet connection and a camera streaming surveillance footage right onto your smartphone. With the core purpose of reducing crime in the neighborhoods the company subsequently developed cameras equipped with motion detectors and motion-activated floodlight cameras with sirens and two-way audio for efficient indoor and outdoor protection. Yes, that’s right: you can not only zoom in on the petrified faces of burglars trying to break into your place, suddenly lighted up by extra powerful LED lights like prima ballerinas on stage, but also talk to them, saying ‘Hello there, can I help you?’. That alone makes it worth to have. Ring also encourages communication and exchange of information between different users, who can notify each other of potential threats, as a part of the company’s ‘safe neighborhoods’ vision.

As Ring is focused purely on crime prevention, a great deal of attention is paid to various AI technologies, such as computer vision, machine learning and intelligent data analysis. And that is what more than 500 specialists at Ring Ukraine are entrusted with: the development of neural networks and algorithms based on face recognition, person re-id, objects classification and so on implemented to improve the company’s products. After the initial success with software development Ring Ukraine got another department tasked with firmware and application development, hardware verification, QA automation and manual testing. That means they are basically designing the whole thing for the parent company.

It was decided to establish the R&D exactly in Ukraine because of the easy access to highly qualified researchers and engineers. The company, reportedly, was impressed with the amount of talent in the Ukrainian IT field. Let alone some other solely practical points such as low operating costs and a favorable tax system, but those are not what this article is about, right? Overall, Ring Ukraine is constantly growing and, apparently, more than living up to the great expectations of it.

To learn more about the advantages of Ukrainian tech market read this article: 5 Reasons Ukraine Should Be Your Next Tech Destination

Both cases here might seem quite simple at the first glance. The ‘so what?’ kind of simple. But it is actually the main virtue of these projects, behind which is a great amount of technological excellence, years of research and constant work on improvement. Also mind that in case of Ring that simplicity cost Amazon about $1 billion. And that is the kind of work Ukrainian specialists are particularly good at: bringing advanced technology ‘to the people’. So, as the country continues to develop and re-establish itself on the global market, it is certain to receive international recognition on par with the best players of the industry in the years to come.

How Ukrainian IT Specialists Are Redefining Home Security